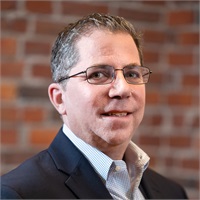 Mark entered the financial services industry in 1984 when he joined Paul Revere Insurance Company in Worcester, MA, before being transferred to Dallas, Texas. He then joined Healey & Associates in 1987, becoming a partner at in 1989, and later was named President in 1995. In 2009 he started his own firm, Anthoine Financial Group. In 2012 Anthoine Financial Group and The Buckley Group merged, creating BGA Financial. He earned his Bachelor of Arts degree from Bowdoin College in 1984.

Mark is responsible for the overall management of the firm as well as new business development. He holds designations as a Registered Health Underwriter (RHU), Chartered Life Underwriter (CLU), and Chartered Financial Consultant (ChFC). He has appeared as a speaker at various national insurance conferences.